Your Turn To Go It Alone 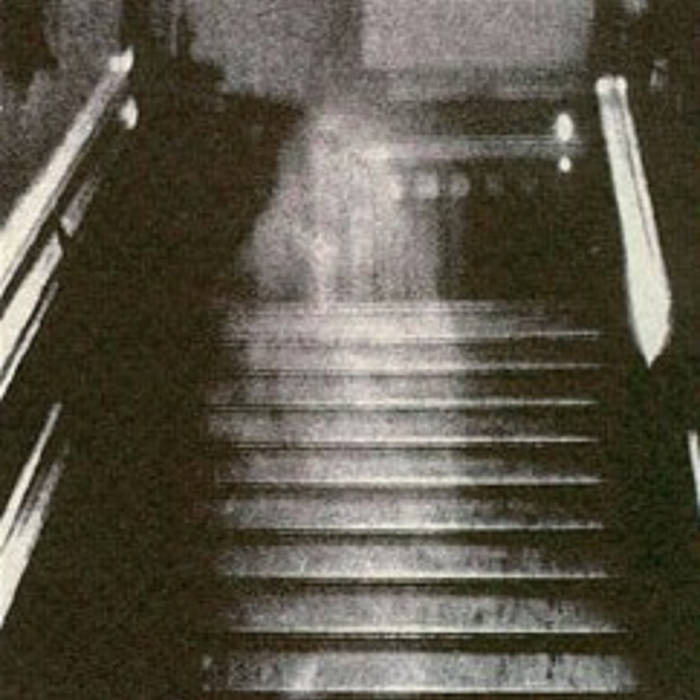 This week on the Rusted Rail Bandcamp, marking the 10th anniversary of the founding of the label it's the turn of Agitated Radio Pliot. The now-retired project of Dave Colohan, this EP was Rusted Rail's first release in March of 2006, alongside 3" EP's by Plinth and So Cow - not a bad way to launch a label!

Original Press Release
==================
A lynchpin of the Deserted Village collective, David Colohan has been exploring lonely trajectories for many years as Agitated Radio Pilot. "Your Turn To Go It Alone" sees the pilot draw haunted airs and comforting campfire ballads from the midlands forest mists. This double 3" e.p. is housed in a handmade mini-gatefold sleeve.

REVIEWS
++++++++
The first thing that strikes you about Colohan's music is his voice; at once pliable and tenacious, this is the sort of vocal that only years of brooding can bring about. Add to that the sort of guitar parts that are design to lift the soul - that seem to identify with us as humans and you have a record that is as near to perfection as us mere mortals could hope for. Smog, Tom Waits, Leonard Cohen, John Fahey - fans of all these with find solace here. - Rough Trade Digital

Agitated Radio Pilot has in a few years released more essential, beautiful music than more well known artists produce in a career. His music combines deeply introspective songs with miniature rural instrumentals. Last Year's 'Your Turn To Go It Alone' was almost too sad for words, reaching a place only the likes of Talk Talk have found before. - Harvest Home

Mostly deeply personal meditations on relationships gone wrong, and very well recorded, it nonetheless connects to the mordant atmospheres of earlier releases, building them into downbeat singer-songwriter statements that run the gamut from Jandek to Townes Van Zandt. In all, Your Turn to Go It Alone is an unexpected masterpiece. - Deep Water

This double 3" package is a treasure. The glorious world-weary dryness of David Colohan's voice is here aplenty, reminding me of his work with Holt and songs that keep pulling me back time and again. In addition, we have lovely clarinet and flute from Sean Og, plus trumpet and chord organ. Disc 1 has short songs and instrumentals; the second has 2 longer instros, the latter of these an irridescent group improvisation. In his description of the tracks, Colohan even mentions Roy Harper's When An Old Cricketer Leaves The Crease - this man can be my friend for life on the strength of such fine taste! - Boa Melody Bar

Colohan spins wistful songs of loss lamenting the ephemeral nature of human relationships and the tragic flaws that hasten their demise. Colohan uses his role as storyteller to inhabit these characters and their lack of insight into their flaws only makes them more poignant. Musically, the songs are perfectly pitched chamber folk with gorgeous melancholy acoustic guitar, arching organ, and clarinet playing off each other. Another fine, if low key, release from a talented songsmith. - Fakejazz

The tag "loner folk" has been thrown around when discussing this album and a lot of Colohan's back catalogue but there doesn't seem to be very much self-indulgence here, even though many of the tracks are deeply personal. Instead Colohan seems to have a preternatural sense of the elemental, those dark places we all go to take off our disguises. So many artists have treaded this ground before and seemed insincere, but Colohan's vulnerability, his human voice that presents these unadorned truths without spin or motive, makes me want to listen and believe. It is the single best thing I've heard all year. - Foxy Digitalis

The first of several curiously named artists on the label, Agitated Radio Pilot is David Colohan of United Bible Studies and the Deserted Village collective. This is an album of sad, restrained songs about love and loss, reminiscent of Tram in its Anglo-ness - yet with far more personality and texture in the voice, and more focus in the backing. Book-ending the album with a fine, ghostly overture and a 13 minute instrumental departure reminiscent of UBS, Colohan is skilled at writing a straightforward, folksy song for guitar and voice, yet maintaining a moodiness that's hardly commonplace. - AnimalPsi