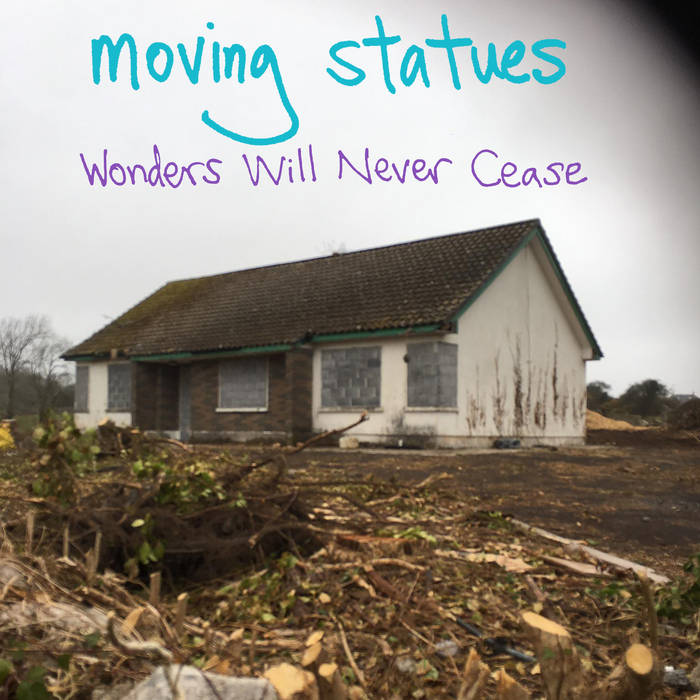 Moving Statues is a new musical project from Rusted Rail labelmates Brian Kelly (So Cow) and Keith Wallace (Loner Deluxe). After 20+ years of friendship and musical research it was about time they recorded and released some music together. Their collaboration kicked off in late 2019 and originated as a non-pandemic project although file-sharing and email overdubs were exchanged during that time. They have recorded more than enough songs for an album - that will appear on cassette a little further down the road "Wonders Will Never Cease", their second EP, contains 4 tracks spanning such diverse musical touchstones as noise-damaged synth pop, kosmische melodicism, spontaneous electronic composition and hook-laden electro-indie rock.