Through A Forest Only EP

by Phantom Dog Beneath The Moon 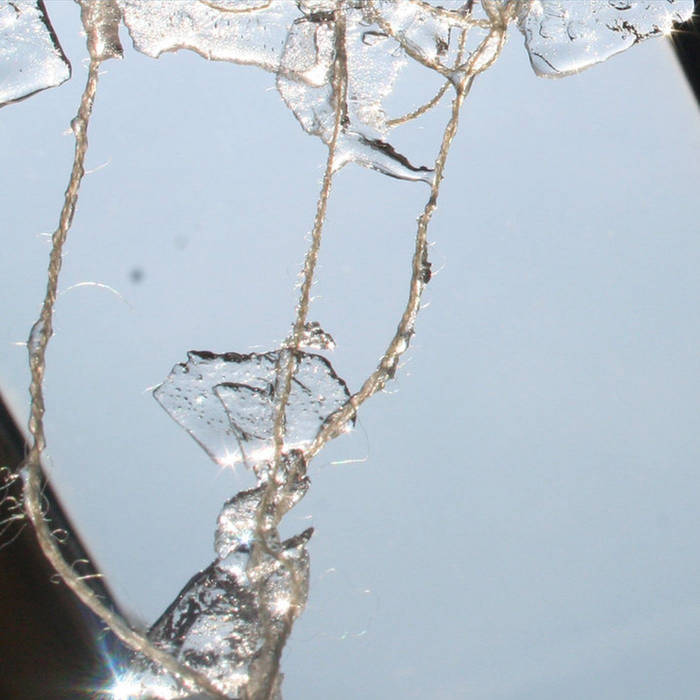 Continuing on my quest to populate the Rusted Rail Bandcamp page with the gems from the Rusted Rail back catalogue now that the label has been established for 10 years, today finds us in the company of Phantom Dog Beneath The Moon. I've known Aaron and Scott for longer than I can count on 4 hands and the day they started to make music together was a happy one indeed. So far they have released a 3" EP and a full length CD album on the 'Rail, in 2007 and 2010 respectively. RR and the Phantom Dog's were honoured when Cian Ó Cíobháin chose one of their songs - "Two Hours After Dusk" to appear on a volume of his An Taobh Tuathail compilations and I'll let you read what others have written about Phantom Dog Beneath The Moon as its the viewpoints of others that sometimes highlight the essence of "a thing"... Keith, Rusted Rail, September 2016

Original Press Release:
==================
"Never staying in the same place for very long in either name, geography or style, yet consistently evolving and engaging, Phantom Dog Beneath The Moon have amped up their acoustic aesthetic, plugged into the grid and entered a new sound world featuring live percussion, sonic sorcery, and plaintive singing wrapped in warm cello and vibraphonic action. Their "Through A Forest Only" extended player for Rusted Rail features twenty minutes of delicate, driven, dreamy and haunted hymns."

...The same goes for label mates Phantom Dog Beneath the Moon that blends a forested folk atmosphere with a gauzy haze showing surprising traces back to folk like Bark Psychosis and even Spaceman 3. This is ultimately a folk album but there is something about Aaron Hurley's vocals and the appealing slow motion progression that also sends nods in other directions. Captivating and actually quite essential. - The Broken Face

Irish duo Phantom Dog Beneath the Moon (nee Snowmachine) and Rusted Rail present the 4-song, 3-inch EP 'Through a Forest Only', the sequel to their Deserted Village debut 'In a Light'. With connections to many a Deserted Village/Rusted Rail band - United Bible Studies, Agitated Radio Pilot, Cubs - and with contributions from members of many more, Phantom Dog remains a uniquely other band, playing dramatic yet conventional (in relation), highly-accessible indie rock music with just a gentle influence of their companions' folk designs. With muffled drums and squat, clean guitars the band plays "Slow to Appear on the Moon", a subdued rock peeled directly from Boy's Life's classic 'Departures and Landfalls' (minus the jangle), with Akron/Family melodies solely and more solemnly interpreted by Codeine or Low. Sweeps of cello and vibraphone are added by Scott McLaughlin lending the warm lushness of a My Bloody Valentine while singer Aaron Hurley's falsetto alternately mopes and soars from swell to swell. A crisper wooden percussion is brought to the fore of "To Be Kind" while comparisons to the Missouri band still stand, and now a little nearer Nick Drake as Hurley's lines come in lethargic, clipped moans. Spoken word fills out "When Nights are Warm", the windows open to capture an exchange between woman and man over the band's smeared rave-up. Not afraid to jam a little, the song boils slow with throbbing strings and rolling beats, vocals in chorus - it all swallowed in warm hearth of the vibraphone. The spooky balladry of final entry "A Web Emerging from Fog" could easily be among Johnny Greenwood's best unrealized compositions: a baroque piano, sleighbells, and heavy reverb leading a steady waltz into a melancholy refrain of acoustic guitar joined by cello and Hurley's imitation of the strings. High recommendation. - Animal Psi

........Phantom of the Dog beneath the Moon is actually a duo for which the singer/songwriter part with guitar is by Aaron, and the electronic music & textures by Scott. Both artists work well together, which is when the singer is well focused and uses his voice like a crying instrument, with sweet pickings on guitar, like on "To be kind", the instrumentalist colours the rest perfectly too...... On the track, "a web emerging from fog", the textures fit perfectly with the title : the piano theme sounds like ice, there are echoing amplified guitar tones, and all of this becomes pretty abstract, in a descriptive way, a bit hazy foggy and misty..... - Psyche Van Het Folk (broadcast in Antwerpen, Belgium 106.7 FM)

The new Rusted Rail release from these Yorkshire based Galway folks is utterly lovely. Aaron Hurley's high, plaintive voice sits atop a shimmering cloud of tremolo guitar, vibraphone and 'cello. Guests include Anne Marie & Aaron from Mirakil Whip and Dave Colohan, and there's a marvellous track with lots of spoken contributions... it sounds good; it looks good... go on, get it! - Boa Melody Bar

Phantom Dog Beneath the Moon is the latest name for the Irish duo of Aaron Hurley on vocals, guitars, piano and Scott McLaughlin, who more than makes his mark on this twenty minute set with his work on bass, and especially on cello and vibraphone. The EP is a 3 inch and comes with a handmade sleeve. The sound is droning but reverent, but with the addition of live drums and the cello/vibe colours, there is a warmth to the record that is both comforting and slightly mystic. Not much else to say here, but for the fact that ideas abounding in such a short session are impressive, and makes one wish for more. This would be perfect for meditation or running, provided you want to do it quick. - Foxy Digitalis

Phantom Dog Beneath The Moon were formerly known as Snowmachine and features Irish artists Aaron Hurley and Scott McLaughlin. "Through a Forest Only" is their second release having already released a limited cd for the Deserted Village label. This 20 minute mini-album features some really haunting sounds, like some lo-fi sounding Galaxie 500 with lots of weird droning sound effects.
- Road Records