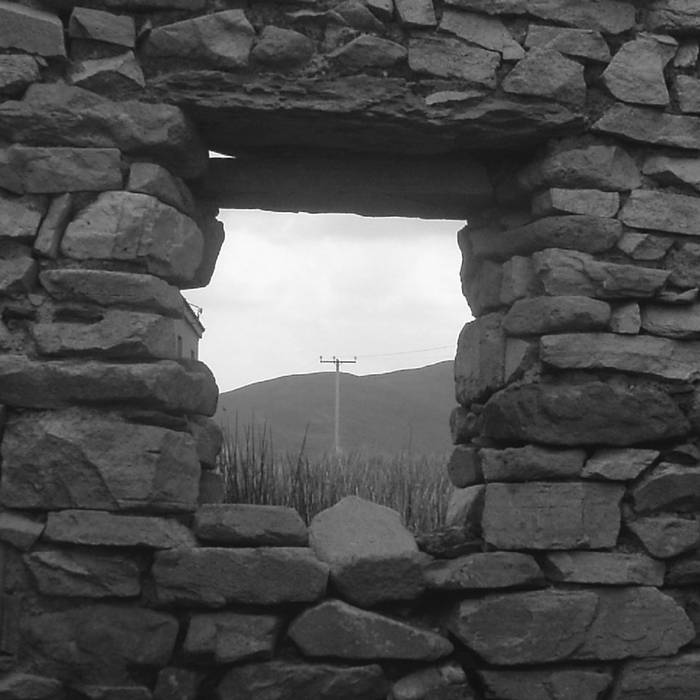 Reviews:
------------
'The Plinth Tapes' sees Loner Deluxe exercising his creative freedoms on source material provided by Dorset's Plinth. This is a fine example of the kind of organic yet sequencer based folktronica pioneered by the likes of Kieran Hebden Soft ambient synths and subtle melodic guitar patterns are carefully crafted and manipulated to from vast sound collages that drift over the room and tickle the ears. Ambient folkiness is occasionally interrupted by a looped beat or some bizarre banter (i'm not sure if it's supposed to be funny, but on the track 'Persons Unknown' there is some particularly good talk from a fella justifying the shooting of some helpless character by suggesting he is 'vigilante of god'. This is just one of many found sound gems to heard on this release) to reel the listener in but mostly you'll find yourself floating in a light atmosphere sometimes referred to as acoustica or folktronica. Available on Rusted Rail on that proper tiny cd format that is way to easy to lose, yet practical if you are short on storage space like yours truly. - Norman Records

Loner Deluxe sure knows what he is doing, and it's no bones to proffer he is doing some of the straightest, most convincing statements in this area. And no, it's not warped-beyond-reality effects, there is no macho laptop smashing on display, and we are not in some mathematically obsessed structuralist post-whatever netherworld. - The Cookshop

The Plinth Tapes is a delightful mini-CD from Loner Deluxe on Rusted Rail Records. It comes housed in a handmade cover and slipped into a perfect-fit coin bag. The story behind the album is that an other Rusted Rail band, Plinth sent Loner Deluxe some recordings to work with, he brought the material into his laptop and began recasting the material, adding beats and xylophone and found sounds and whatnot and came up with The Plinth Tapes. For the most part this is very mellow, pretty, space-tronica with gentle beats, folky and acoustic instruments - xylophone, guitar, accordion - but at times the album has teeth harsh synth noise bites surprisingly hard in a few sections. Loner Deluxe is a very pleasant discovery, highly recommended for fans of 9 Lazy 9, Boards of Canada, Mum, and other artists in that relaxed, spaced-out vein. The CD is made that much more appealing being housed in the handmade Rusted Rail packaging. Mellow electronica with some surprisingly noisy detours. - Left Hip

Post, I'm sure you'd agree, is a wonderful thing. It is definitely something that song-weavers Loner Deluxe and Plinth agree on - having made this album via a series of postal exchanges. Plinth (aka Michael Tanner) began the postal ping-pong, sending tapes of live recordings with vintage musical equipment and samples of old victorian parlour music to Loner Deluxe in Ireland, where he added his electronic wizardry. - Rough Trade Digital

Plinth's gentle, chiming melodic music, replete with spoken word samples, is reworked here by Loner Deluxe and friends. The treatments are an ideal compliment to the spirit of the originals, with additional drums, xylophone and a rather nice accordion from Anne Marie Deacy of Mirakil Whip. A charming record.
- Boa Melody Bar

A collaboration between Dorset based avant folk outfit Plinth and Irish based electronic artist Loner Deluxe, the source material was provided by plinth who then sent the tapes to loner deluxe and allowed them to work their magic on it, this eight track album is released on the new Irish based micro label rusted rail, the original music has all been made using live recordings with vintage musical equipment and samples of old victorian parlour music, when this is all put together the sounds are like a blend of Godspeed, Four Tet, glitchy little electronic sound effects, haunting fairground music, Boards of Canada and a kinda strange psyche folk version of My Bloody Valentine, 3 inch cd which comes in a lovely card handmade sleeve.
- Road Records

Both Loner Deluxe and Plinth are signed to the net label Rusted Rail. This association led to the southern coast of England dwellers sending some of their recordings to the west coast of Ireland inhabitant. Loner Deluxe has a laptop you see and is skilled in the art of making something magical appear from the audio-out part of his machine. ?The Plinth Tapes' was the offspring of the cross pollination and a charming piece of electronica it is too. ?Snow Was Melting, Roads Were Wet' is the opening track, a noise that could have mischievously wandered out of a Caribou session ('Crayon', Manitoba era). Combining trickling synth bells, scattered words of movietone wisdom and a guitar-enabled tranche of white noise is always going to prick up my ears and ?Snow Was Melting, Roads Were Wet' proves to be consistently rewarding. As refreshing as it's subject in fact. -
mp3hugger.com

A collaboration of sorts, this album opens to an explanation of the editor , who splices many performances in order to create the one perfect master-tape . Originating with Plinth, material was sent to Loner Deluxe who then had his way as editor. Unlike a laptop album (or whatever that concept conjures in your sick head), the sound here is real and heavy (when it wants to be), and much bigger than the two artists involved. The general sentiment is that of Mogwai, or more precisely, that band's more dynamic successors such as Brooklyn's Apse; reminiscent of instrumentalists From Monument to Masses, the majority tracks feature assorted splices of provocative speech as the only voice on the album. Overall, The Plinth Tapes features a wider sonic range than either group, with passages of mandolin and accordion deftly inserted between formal guitar/bass/drum rockers. -
www.animalpsi.com

Folk-electronica would be just another new and sad hyphenated word used to describe music that programmers need labels for. While this is a sonic collage of traditional folk instrumentation (it was recorded and mixed in Southern England and the western coast of Ireland) ambient sounds, loops and natural found sounds, better to just dig into the joy and mastery of this gem, and forget labels. It sounds like a Loner Deluxe record. There is a peace to tracks like "Snow Was Melting", "Bridge Blue", and "Sparks into the Night" but all is not totally in harmony. Bursts of brutal noise joins the quiet drone at surprising times, and with a coherent authority in the mix. It must be the Celtic in them that makes for such a natural fit of the sacred with the profane. Whatever the intention, the result is powerful and human. - 8/10
Mike Wood Foxy Digitalis


Available on 3" from Rusted Rail - rustedrail.com/lonerdeluxe2.html