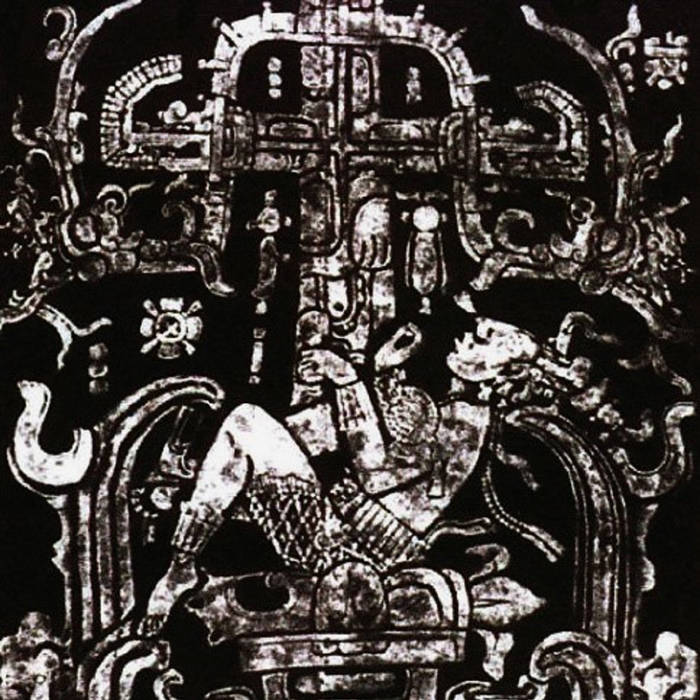 This week on the Rusted Rail Bandcamp it's the turn of United Bible Studies. Released a decade ago, "The Northern Lights and the Northern Dark" was the 6th release on the label and I recall it getting a slightly odd review in The Wire magazine (I must dig that full review out of the archive!) but all press is good press, eh. I was present on tour and onstage with UBS in Aberdeen in 2005 when the last song on the EP was performed and recorded, after a spooky roadtrip north from Edinburgh where we stopped off at a mist shrouded castle by the sea, then drove onto The Tunnel's in Aberdeen, a venue guarded by the biggest seagull I've ever seen, where two audience members saw a ghostly apparition hovering above the band while we improvised the piece of music that became "Spoon of Haar" - good times!

The group sometimes work up a gloriously woozy head of mantra-folk - The Wire , September 2006

UBS just belong where they are at a series of crossroads from which a variety of horizons can actually be perceived. This collection of songs is thus a particularly brilliant manifestation of this interconnectedness of things as well as yet another expression of the endless creative possibilities that lie therein. - Francois Hubert / Foxy Digitalis

For a mish-mash of songs, "The Northern Lights..." is a pretty sound release, and it forms the perfect little companion to the equally excellent full length album from this year. Once again, United Bible Studies prove to be one of Europe's finest when it comes to freefolk.
- Evening of Light

Six tracks which highlight United Bible Studies' wide range of styles and sounds very well. Their distillation of folk and collective free music is always welcome and, in addition to the songs, there are wordless group vocal pieces which suggest magic(k)al adventures round the fire! - Boa Melody Bar

United Bible Studies is a loose collective of like minded Irish musicians based in acid psych-folk sounds, drone and taking in plenty of avant garde improv along the way too, this six track release on the new rusted rail label comes on a 3 inch cd in handmade card sleeve, this release sees the band take in a bit of traditional English folk with a nod to the early folk sounds of Fairport Convention on the odd track. - Road Records

'Spoon of Haar' is an acapella of ghost voices, as haunted and unknowable as the carved stones around the Neolithic passage tomb at Howth. It's a wonderful conclusion to a small but perfectly-formed work. The Mayan astronaut on the cover is apropos for these explorations, as they continue the journey to find the dream world that exists in parallel with this one. - Ptolemaic Terrascope

Folk with focus: Ireland's UBS does a lot in just three inches, getting directly to the heart without lingering too long nor exiting too soon. An assortment of six vocal and instrumental pieces: a shanty, raga, and plenty of psychedelics - culled from various sessions, this album is a collage comprised of what is likely a vast supply of creative peat. The dynamics contrasting each track are only surpassed by the dynamics within each track: voices enter from all directions as drones billow up to overtake them, chimes rattle through mist while the winds blow, carrying the spirit from one song and into another. Very rich, damp and musty - and highly recommended. - Animal PSI

I'm listening to this 3” now for the first time since it was released. It was assembled/produced by myself and David Colohan. Regarding the title, we didn't have any theme of mirroring dualities in mind. We saw the offer of a 3” release as a chance to make a strange little EP using different styles and sources. All the selections are quite different from each other and, like them as we did, they didn't fit on any other releases. I think they sit together well here though.

However, I think it's true to say that the vocal/instrumental, traditional/experimental and joy/sorrow dualities are present in UBS music in general. I don't view vocal and instrumental music as opposites; It's more a question of what a particular performance or recording focuses on.

The title was chosen by David, taken from the 2000 AD story of the same name. I remember us being stuck for song titles and we hit upon the idea of using 'of' in the titles to help us focus and give some unity to this disparate, some might say motley, collection.

BUBBLE OF EARTH
This is based around a segment of a gig in the Peace Park, Cork in the summer of 2005. It was part of a project called 'BangCork' by Thai artist Surasi Kusolwong. He set up a Bangkok style market in the park and the organizers were looking for some Irish musicians to play for no money so naturally they called us. The prospect of taking a 6am bus (which I missed) back to Dublin to get to work in Freebird Records the next morning didn’t discourage me.
As often seems to be the case in Cork, it was a beautiful day to be in a park. The most interactive audience members were young children and this title reflects the playful nature of the gig.
We looped bits of our set over itself and overdubbed it. I've always enjoyed these studio/improv hybrids especially when there's a location sound from a live recording which becomes disembodied in the mix. Before we had titles I referred to this track in an e-mail thusly: ".....opens with childish giggles + flute then rips off Animal Collective even more blatantly" That said, I'm now struck by how 'Finnish' this feels. We were listening to Kemialliset Ystävät and had brought Avarus over that year for a gig and a never-to-be-released Avarus/Fursaxa/UBS recording session.

PICTURES OF KATIA
The vocals were digitally recorded in late 2005, overdubbing 4-track recording made almost five years previously making it one of the very first UBS recordings. Dave wrote this song and the original can be heard as "Katia" on 'Half Empty' a compilation sold with the Robots & Electronic Brains zine. This version was inspired by the Amelie soundtrack.

NOTE OF HOPE
This is from an improvisation we recorded in David's house (AKA Castle Greyskull) in summer '05. Half the minidisc was accidentally wiped which was upsetting at the time. We mixed it with a Carnage Visors-esque excerpt from another session which took place on a cold Valentine’s Day in the infamous Frederick Lane rehearsal basement across the hall from Rollers/Sparkers. An extra gate was added which means musicans no longer have to carry gear past people shooting up on the steps but the dankness is not so easy to keep away. This was our first recording with Tuula Voutilainen who's never afraid to go to dark places in her singing. Literally being in a dark place helped us all get there.


HEDGE SCHOOL DROPOUT
Mostly enacted throughout the 1700's, The Penal Laws made Catholic schools illegal in Ireland. The combination of oppressive laws and rural poverty gave rise to hedge schools where children could learn the Irish language, English and Maths. They filled a gap until the national school system was established in 1831. I can't say we researched hedge school dropout rates in coming up with this title. This is the only other studio track on this release. The mantra harks back to the feeling of our Peace Park concert sampled on Bubble of Earth.

ELBOW OF DAWN
This is the beginning of a gig we played in Dublin's legendary Lazybird club. The first musician you hear is Steve Coleman playing the uilleann pipes, an Irish instrument similar to bagpipes but the airflow is controlled by the elbow - 'uileann' in Irish. Earlier that day, Áine O’Dwyer, Bryan O’Connel, James Rider and myself had played a concert in St Johns Church Limerick which was released as Airs Of Sun And Stone. We hopped on the bus sharpish on waves of bliss after what is still one of my favourite live experiences. We got to Dublin in time to play this gig in Lazybird opening for The One Ensemble Of Daniel Padden and Nalle – Coast to coast! Admittedly, Ireland is a small country but we didn’t a helicopter like Phil Collins did at Live Aid, we didn’t even have intercity motorways way back in ‘05.

SPOON OF HAAR
Someone set up a UBS wikipedia page which reminded me that this track originally appeared on the Ihmettelenpä Sanoi Kampela Jos Lahanu On Pliisu compilation on 267 Lattajjaa with the title "Your Time Has Come" It’s an extract from a concert we played in Aberdeen with Kitchen Cynics and Mickelmass in September 2005. The venue was The Tunnels. It was previously a train tunnel and subsequently a mushroom farm before becoming the great subterranean venue it remains today. We were touring Scotland with Daniel Patrick Quinn. Each night, UBS was his backing band and he would play in UBS.
On this night he was nowhere to be seen and an announcement was made from the the stage. We started without him and I found him out cold behind a Marshall cab, legs and fiddle akimbo. Of course, once roused, he played a blinder as usual. Wikipedia tells us that Daniel "is now a writer and editor for an Indonesian volcano website Gunung Bagging."

Mr Rusted Rail himself Keith Wallace also joined us for these shows and Aaron of Phantom Dog Beneath The Moon can also be heard here, singing in a lower register than usual. We’d driven up the coast from Edinburgh stopping off to clamber around some Clannadesque castles.

'Haar' is a word I learned from one of the promoters. It's the Scots-English local dialect for the type of fine fog that comes in from the sea and there was enough of it about that day. If you know Aberdeen you can imagine how, when stepping above ground, this disorientation was compounded by grey, granite buildings under a monochromatic grey sky. See if you can imagine a green ectoplasmic form floating up above us as you listen for that's what a can-wielding couple from the audience were delighted to tell us they saw.