The Back of Mass

by Half Forward Line 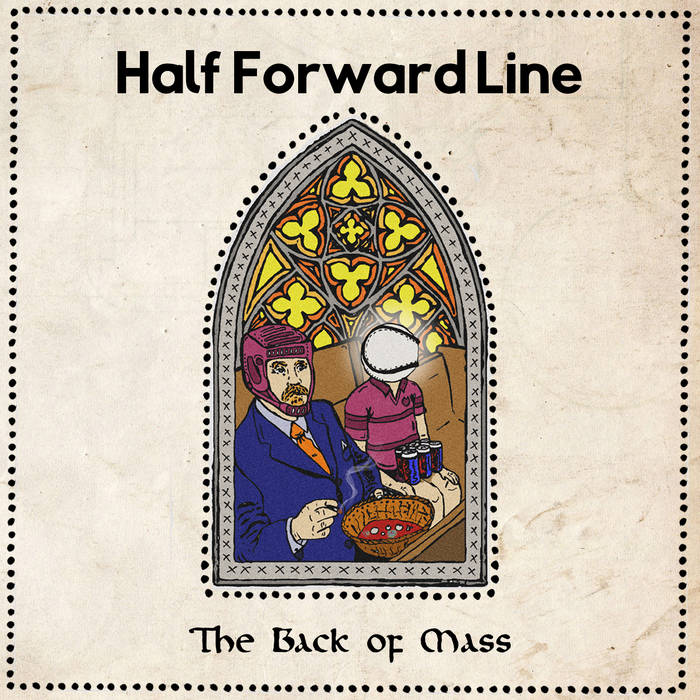 Rusted Rail is delighted to announce the release of "The Back of Mass", the debut album from Half Forward Line, the new band from Brian Kelly (So Cow), Niall Murphy (Oh Boland) and drummer/recordist Ciaran o Maoláin. The trio have crafted a short sharp dose of power pop, recorded over two days in the lounge of a derelict rural Irish pub. "The Back Of Mass" takes in tales of wedded bliss, social anxiety and the perils of letting someone try on your glasses. Infused with the pioneering jangling spirit of the Flying Nun roster, along with garage rock sonics and Kelly's inimitable brand of buzzsaw pop and slice-of-life lyrics, Half Forward Line have delivered a half-hour album hallmarked by hook-laden songs. It's not Kelly's first time on Rusted Rail as the label released his debut EP "Best Vacation Ever" as So Cow back in March of 2006. Half Forward Line will be releasing their album on cassette on Rusted Rail, with the CD version being handled by Jigsaw Records of Seattle.

REVIEWS
++++++++
"A kind of Galway 'supergroup' if you will - and their debut album, The Back Of Mass, deliver 34 minutes of short, sharp pop-punk, filled with off-kilter melodies, hook laden choruses, the odd Replacements nod, and slice o'life lyrics brimming with Kelly's trademark sardonic, self-deprecating, wit and humour...what really elevates HFL and makes this album so welcome is that it contains the greatest song Kelly has yet written in 'Joint Account'." - Galway Advertiser

"The Back of Mass, is a thing of rather brilliance, effortlessly distilling the varyingly-shaded starry-eyed, fuzzed-out, limb-flailing panache of their component parts and projects, commingling into a twelve-track salvo of soul-enhancing, real-life-confronting, impossibly-earworming garage rock. The next time you’ve some English visitors over and they ask, “Hey, what’s the new Irish sound?” simply play them this and ‘The Rocker’ by Thin Lizzy, then head out and engage with the world outside." - The Thin Air