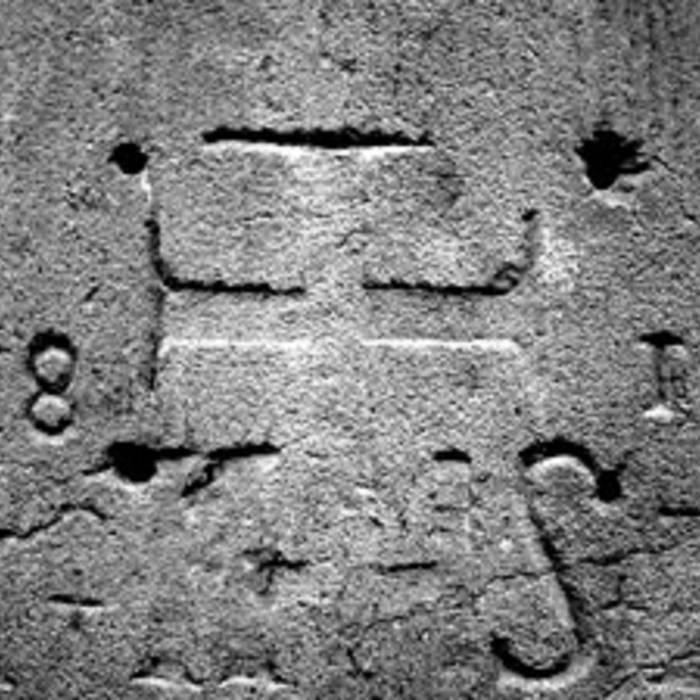 This week its time to shine a light on "Stonewater", the debut release by Cubs and their first for Rusted Rail, who are celebrating 10 years as a label by unveiling the back catalogue on Bandcamp. Cubs were formed in the early Winter of 2005, with James Rider and Aaron Hurley having informal folk jams with me at the controls of the 8track, under the light of the winter moon and the Atlantean breeze driving the rain against the conservatory windows in a place called Stonewater on Dominick Street (a very important location for both Cubs and Rusted Rail) in the heart of Galway's West End, when it truely was a bohemian enclave...

"Beautiful folk inspired instrumental jams. They're literally delicious sounding as well. Amazingly these tracks are improvised which I find quite hard to believe. Two or three of 'em sound too good to be improvised! Delicate sounding instrumentals created with mandolin, guitar, whistles etc which are nothing but charming." - Norman Records

"It's always a pleasure to receive a bundle in the mail from the increasingly essential Rusted Rail imprint...rural symphonies woven from a freewheeling combination of mandolin, guitar, accordion, tin whistle, banjolin and the occasional bit of wordless vocalising (as on the crystalline 'Cool Filter'). 'Opening Doors' is emblematic, playing with the codes of Irish traditional music, while breaking the spell occasionally with found sounds: at several points doors are opened and closed with such force that I thought someone had broken in to my place. It took a run downstairs and a check of the track title to realise the nature of the prank. Bastards! - Ptolemaic Terrascope

"All tracks were recorded in the same sessions last winter with the exception of "Opening Doors", an impeccable live recording featuring flute, accordion, and some glowing, unidentifiable stringed instrument over the standard base of clean, flawless picking. The quite literal "Bottlehum" is a jug-solo segue leading into the shanty-requiem "In Memory of Mariners Lost at Sea", a melancholy collection of (again wordless) voices mourning contently, matched in their sway by a salty accordion. Despite the apparent move inland following the plucky march of "Bijou Banjolin", the spirit of the ghost ship can still be sensed on "Mountain Folk Wandering" (these guys do live on an island), perhaps the darkest track on the disc, textured by accordion, reverberating guitar, and an indecipherable, plaintive voice accompanied by several spooks and their chains." - Animal Psi

"...in which mournful singing, accompanied by accordion, saw the log back and forth, creating a soothing, lethargic trance. While I get the feeling that there is an endless amount of groups out there who are milking this campfire folk sound, Cubs successfully evoke genuineness... and that is perhaps the most astonishing thing about this mini-album." - Z-Gun

"Quietly run and gently improvised harmonics, organic and calm as the ebb of the tides. For a 20-minute run, it's kind of super nice to say the least, thus leads to serious frustrations: we need a Cubs full-length, as soon as possible (get more booze, do it again, get out there in the world). - The Cookshop

"Here we have roughly 18 minutes of gentle majesty. It's folky and it isn't. The nine racks here are like a cloud, flutes float in and out, guitars are strummed and electrified. Titles like "In Memory of Mariners Lost at Sea" and "Mountain Folk Wandering" are apropos. The music here is like an aural realization of drifting. The electric and acoustic guitars mesh together perfectly here, the amplified one never overpowering the softly plucked acoustic. The 18 minutes come and go and I'm left feeling lighter, wishing there were another 18 minutes to coast away on. It feels very much like an afternoon session, just waking up from a nap. Or a late-night, groggy encore.... It feels just left of mournful at times. Vocals weave in at one point, and distant clanks are occasionally audible. Peaceful and marvelous." - Foxy Digitalis

"A collection of improvised rustic instrumentals and avant garde folk melodies. Traditional Irish and English folk sounds are given a rather lovely campfire feel with the acoustic instruments complemented with found sounds and weird sound effects: slowly plucked guitars are met with flute, mandolin and possibly even piano. Try to imagine a much more concise No Neck Blues Band, Tower Recordings or even Six Organs of Admittance." - Road Records

"This little Stonewater EP contains nine short tracks of drifting instrumental freefolk, a pleasant mixture of calm outdoors moods with a touch of weird improvisation. It seems these Irishmen don't run out of ideas quickly when they get together to jam, as this is yet another little release of fine improvisations and folk explorations, evoking a more solitary feeling of being outdoors. Another treat for freefolk lovers!" - Evening of Light

"Here are drifting guitar melodies, wordless vocals and a sense of subtle improvisation. This is a music that feels alone, desolate even, the music of empty fields, shadows on hills and playing around late night campfires. I found some of the music immeasurably forelorn, 'Opening Doors' being a plaintive whistle and guitar duet with spectral electronics in the distance. Guitars and melodeons, communal singing and broken electronics, here is another musical vision from Ireland. Your own private glade to discover and return to when all becomes too complex. Then the one minute of soft plucked banjo and guitar comprising 'Bijou Banjolin' will make you smile." - Harvest Home

Original Press Release - "Formed under the influence of long winter nights and the avoidance of musical hibernation Cubs have delivered an ep of intimate, improvised instrumentals and night time melodies. These recordings emerged from late night sessions beneath the stars and rain in a glasshouse in Galway on the west coast of Ireland, and veer from oblique takes on folk to rustic evocations with a hint of the space-age through to bijou interludes. Weaving mandolin, guitar, accordion, tin whistle, banjolin and occasional wordless singing, Cubs forge a completely improvised yet coherently intimate set of songs."