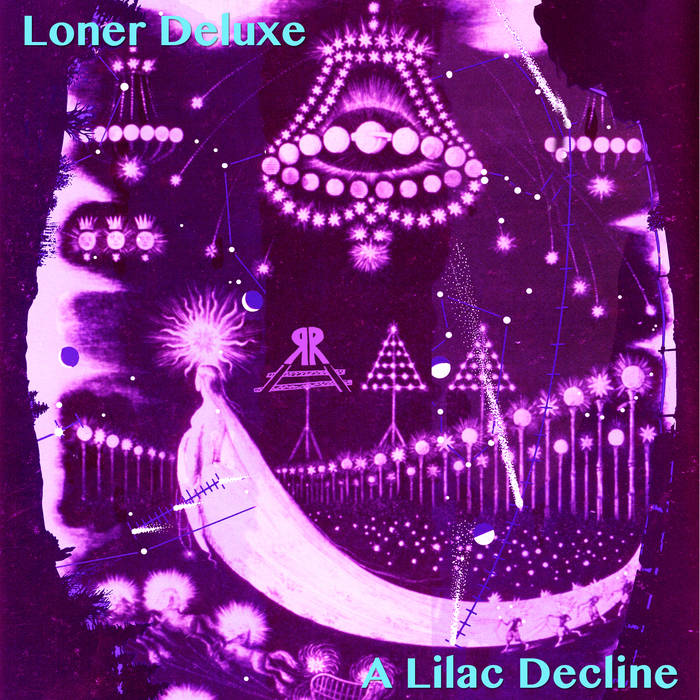 Rusted Rail is proud to announce the release of a digital-only split single featuring a song a piece from Loner Deluxe and A Lilac Decline. “Summer Song” by Loner Deluxe is taken from the album “Songs I Taped Off The Radio” which will see the light of day on July 12th, so this is a sneak preview of a song from that cassette. Meanwhile A Lilac Decline has taken the opportunity to re-record the title track of her recently released debut album “The Mountain Rages”. This new version was recorded a few weeks ago in collaboration with her friend and visual-art soundtrack accomplice Sofia Ek, who joined A Lilac Decline for a live performance at The Dock Arts Centre in Carrick-on-Shannon and later recorded the song with A Lilac Decline in an attic in Galway.

Both songs produced and mixed by Keith Wallace

"Mountain Rages (Redux)" is a new version of the song that originally appeared on "The Mountain Rages" album on Rusted Rail.

"Summer Song" is taken from the Loner Deluxe album "Songs I Taped Off The Radio" - released 12/7/17 on Rusted Rail.