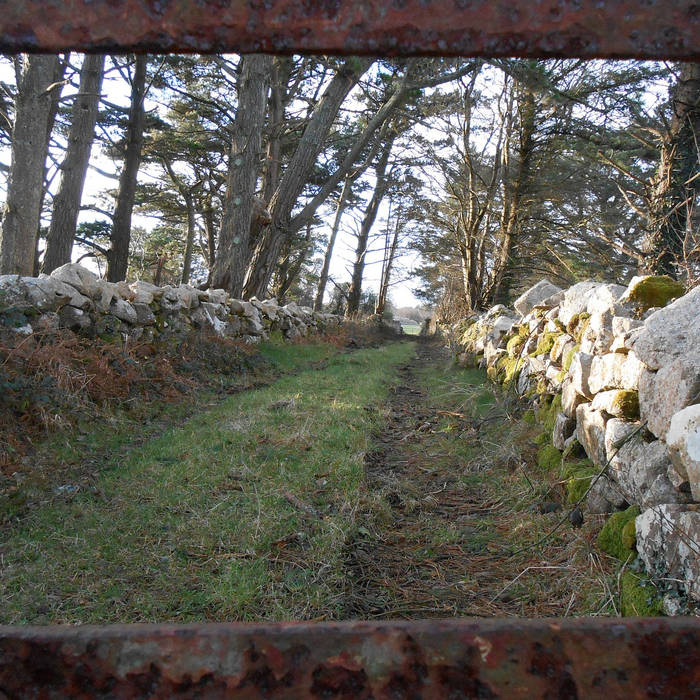 To Order the 3" physcial version of this EP click here - rustedrail.com/goodshepherd.html

Rusted Rail is proud to announce the release of "Her Darke Aspects" by Good Shepherd, the follow-up to this 2012 EP "Ah...Good The Sea". A sparser but no less affecting outing from Good Shepherd, "Her Darke Aspects" takes in buoyant nautical folk, hushed acoustic confessions and glitch-damaged balladry. Another collection of transmissions from Cambridgeshire, this second release for Rusted Rail by one-man-band Duncan Poyser sees him strip down his sound to its essentials whilst retaining his ability to play on the heartstrings, with serene songcraft eventually overcome by approaching stormy squalls. This 6 song 3" EP is housed in a hand-assembled and hand-stamped card sleeve.

All instruments and voices recorded at home by Duncan Poyser.
Cover photograph by Keith Wallace.


"There is a pull tae the moon and the sea. I remember in school them speaking of tides and magnetism but I donae believe anyone feels it in them, not bolting in their blood as I feel." - from the chapter Her Darke Aspects in "A Book of Quills" by Jay Bramley.

Good Shepherd "Her Darke Aspects" E.P. Reviews
=======================================
"These songs are lowly but ultimately lovely, carrying with them an almost neo-folk aesthetic when flourishes come into play: “There Is a Mountain” plays with ominous bonus riffs, while “Sing Again” twiddles with picks and lushly produced strums - Poyser’s voice begins strained and quiet before confidently rising out of the instrumentation. On “Song for Isaac”, tape hiss crackles inbetween every note, immediately making Poyser’s quiet ruminations rural. Good, pastoral music" - Norman Records

"With six tracks that clock in at under 25 minutes this collection is a soft haze of wonder that drifts through your life only to disappear far too quickly. Written, played, and recorded by Duncan Poyser, the fragile nature of the tunes means it seems perfect for these damp January days, its sense of melancholy and timelessness washing over you rich in emotion.

Opening track, “Good Today” has a sparse guitar that wraps itself softly around a lonesome voice creating a gentle ambience that settles like a newly fallen leaf. Reminding me of one of the more pastoral moments from “Trespass” (Genesis), “There is a Mountain” weaves its magic with ease, strummed guitar adding a subtle energy to the questioning lyrics, some electric guitar offering texture and variation to the tune, my favourite on the collection.

More experimental, the sweet notes of “Sing Again” are disturbed by faint crackles, the vocals distant as if lost on the wind, the whole tune gossamer thin and beautiful. Also beautiful is the heart felt “One” a classic singer-songwriter tune that crawls inside your head until you find yourself singing along and hitting the repeat button, hmmm, maybe this is my favourite tune on the disc.

With a rolling, hypnotic feel, “Song for Isaac” creates yet another texture from a simple guitar and vocal combo, another delicate creation that sounds better every time you hear it, as does the rest of the album, its simplicity is its strength highlighting the beauty found within. Finally, “End Of All” evokes feelings of sitting high on a mountain watching the end of all things, the guitar and voice finally washed away by a static liquid drone that devours everything.

Fans of Rusted Rail should have no hesitation in finding a copy of this excellent release and you should also track down “Ah, Good the Sea” the artists previous release" - Terrascope

MF DOOM is given his flowers, plus appearances from MC Jada Imani and Stanley Ipkuss