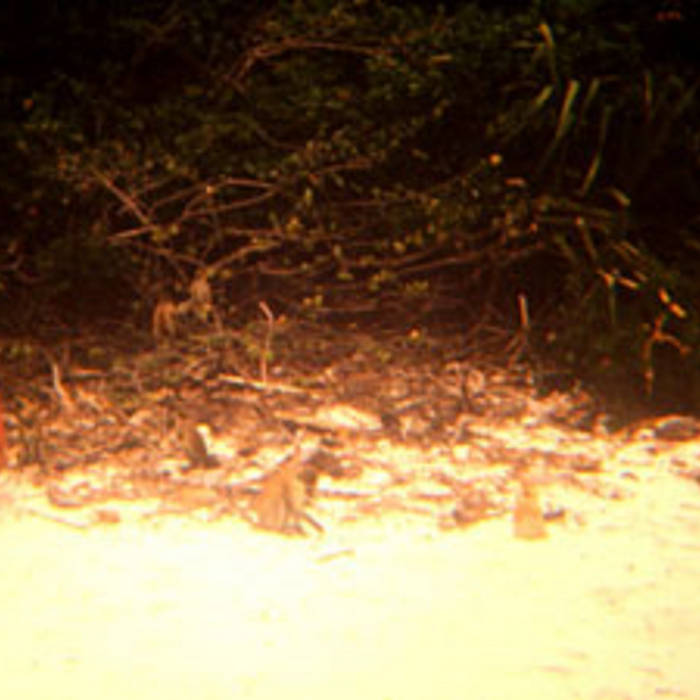 This week on the Rusted Rail Bandcamp, marking the 10th anniversary of the founding of the label it's the turn of Agitated Radio Pliot. The now-retired project of Dave Colohan, the "A Field Day" EP was released in the early winter of 2009. I've known Dave since the 90's and this was his second release for Rusted Rail, one which I have fond memories of helping out with. I recall engineering late-night electric guitar overdubs in Dave's kitchen, supping on strong ale then doing some vocals in the dark, illuminated only buy the light from an open fridge. See if you can spot the song with the most ale onboard! The six songs here hang together so well, an Australian travelogue mainly recorded in in the Irish midlands: there's an entire world within these short songs. I found the cover image, a holiday slide of unknown origin, on a Nottingham junkshop and it seemed to sum up the exotic themes of the EP.

"A Field Day" is a 6 track EP by Agitated Radio Pilot, a conceptual Australian travelogue documenting an expanded and folkier line-up of the 'Pilot featuring such instruments as accordion, melodica, musical saw, bouzouki, banjo, double bass, piano and all manner of guitars. "A Field Day" was recorded throughout 2008/2009 in various locations around Ireland, in empty theatres, sunny living rooms, on a horse farm and whilst snowed in at the foot of mountains. This 3inch hand-stamped EP of ambling acoustica and fireplace folk is housed in a handmade sleeve.

Reviews
------------
Rusted Rail records brought us a new release from Ireland's finest folk act, Agitated Radio Pilot. The "A Field Day" material leans more towards the folky side, which fits me and the approaching winter just perfectly. So, time to summarize. "A Field Day" might not change the course of the world, but it's a confident EP from a project that remains unthreatened on the throne it sits on. It has only 6 tracks, but variation, instruments and moods enough to keep you cradled until the next release comes. - The Shadows Commence

More unique pseudo-folk brilliance from the Rusted Rail label, this time in the form of Ireland's Agitated Radio Pilot. The group, which encompasses a somewhat rotating group of contributors with David Colohan at its centre, creates music which is unusual yet seamlessly enticing. A Field Day is based largely around various stringed instruments - including acoustic and electric guitar, mandolin, and sitar - but several other instruments help imbue personality to the proceedings. For example, the insanely beautiful title-track would not be quite as sweet if it weren't for the double bass or the subtle addition of accordion and electronics. Meanwhile, marvellously wistful "The Heart is Deceitful Above All Things," based around a repeated sitar line, is fitted with a superbly longing piano part; meanwhile, expansive "Far North" features longing solos on melodica and electric guitar. Together, A Field Day is a very strong EP from Colohan and company. Unique delivery, melodic composition, and a knack for atmosphere make these six tracks remarkably unforgettable. - Indieville

This new release from Dave Colohan's Agitated Radio Pilot contains 6 new songs that are amongst his finest. Dave's music is a perfect accompaniment to autumn - minor key and melancholic - although some of the songs on here sound more upbeat than normal with a full band arrangement including double bass, mandolin, guitar, banjo, melodica, piano and some unexpected wah-wah guitar. Wrap up warm, have a single malt and enjoy - this is a treat and a half. - Boa Melody Bar

Reminds me a bit of Dave's earlier Australia-inspired works, with a bit of Holt thrown in as well. Summery feelings, a bit of the usual melancholia, and a nice instrumentation featuring, among others, Bean Dolan and Eddie Keenan of Resurrection Fern and The Driftwood Manor, respectively. - Evening of Light

An impressive example of modern psychedelic-folk. It may take a couple of listens to get used to but soon beguiles with its poetic and deeply personal lyrics, and its autumnal, pastoral atmosphere. Stand out tracks include 'Far North' which rises into a wah-wah guitar driven crescendo and 'The Heart Is Deceitful Above All Things', which sounds as if Dave is being backed by a sitar. - Galway Advertiser

A 6 track EP of earnest singer songwriter gear that straddles a folkish vibe. The musicians play piano, melodica, accordian , banjo etc. and it all sounds really quite delicate leaving plenty of space for the songman to do his thing. It's no happy ride mind but a goodie to weep into the whisky glass to. - Norman Records